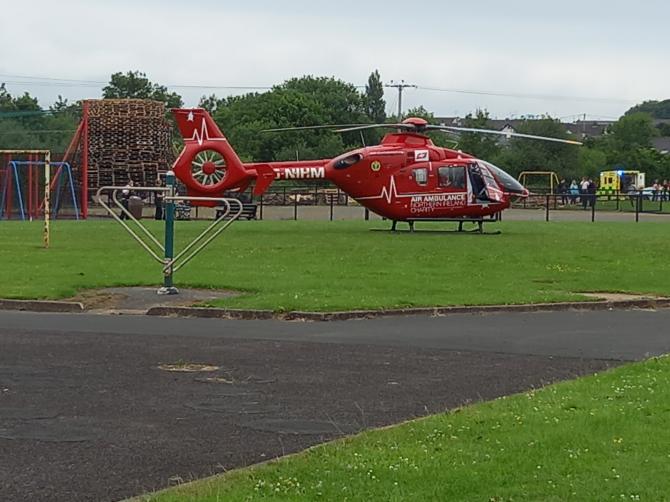 A TEENAGER had to be airlifted to a hospital in Belfast on Thursday last week after falling off a bonfire which was being built in Cookstown.
The fall happened in a play park at Princess Avenue in the Monrush area of the town at around 4pm. It is believed the boy, aged 16, fell from the first tier of the bonfire, which was being erected for the Eleventh night.
Emergency services, including the Northern Ireland Ambulance Service and Police Service, were quickly on the scene of the incident at the north end of Cookstown and an Air Ambulance was also dispatched.