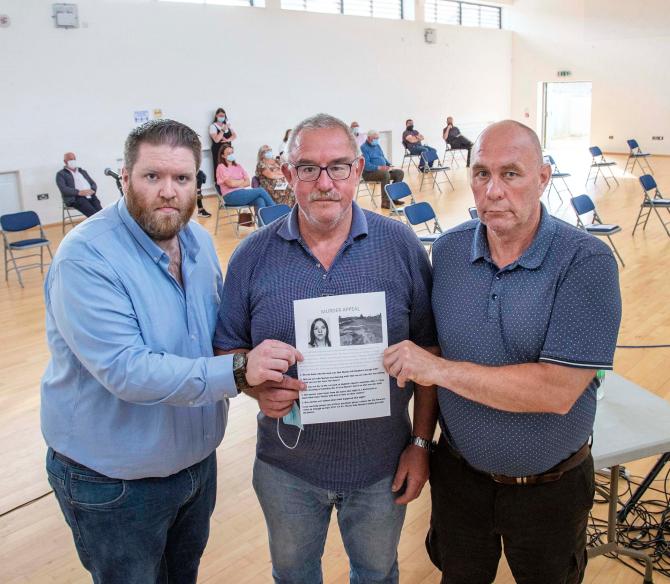 THE family of Marian Beattie wish to thank the people in Aughnacloy and surrounding areas for attending the public meeting last Friday night which featured an appeal for information into her unsolved murder back in 1973.
The 18-year-old who was from Portadown in County Armagh was found murdered after attending a charity dance at Hadden’s Garage just outside Aughnacloy. She was last seen at 1.10am leaving the Garage with a man described as being in his late teens. Her body was found five hours later in the nearby stone quarry.
This meeting consisted of a general outline of the case and the events of that night followed by a direct appeal to the public for information in relation to Marian’s unsolved murder.