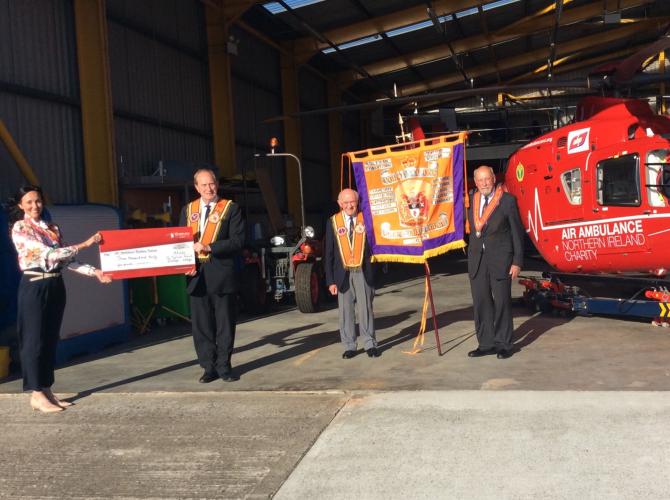 A total of over £16k has been presented to a number of charities across Northern Ireland.

This was part of the proceeds of a 5 mile charity walk by lodge members, families and friends from right across Co Tyrone.

This was just one of a number of presentations.

A total of over £16k was raised and County Tyrone Grand Orange Lodge had previously donated £3k to St John Ambulance, £3k to the mental health charity AWARE NI as well as over £7k to Cancer Charities.