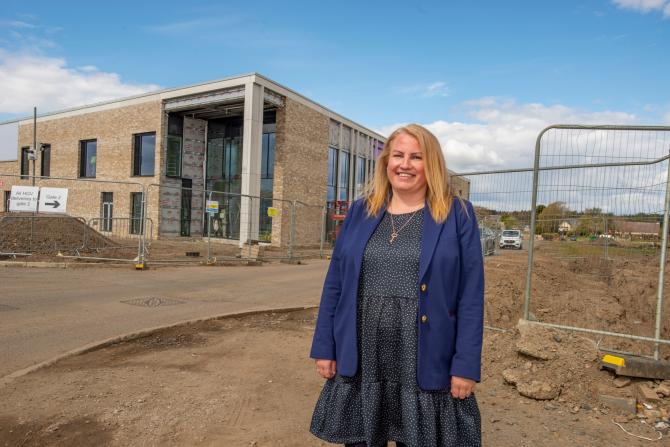 A DUNGANNON woman is thrilled to be taking the next step in her exciting teaching career in Scotland.
Sarah Burton, formerly of the White City, moved across the Irish Sea in 2005, has been appointed as the first ever headteacher of the new Calderwood Primary School in East Calder, in West Lothian.
The 38-year-old has moved after three and half years in the same role at Pumpherston and Uphall Station Community Primary School (PUSCPS), and will play a key part in establishing the new state-of-the-art £14.7 million school.
Calderwood Primary in East Calder is expected to be open to pupils from October this year.