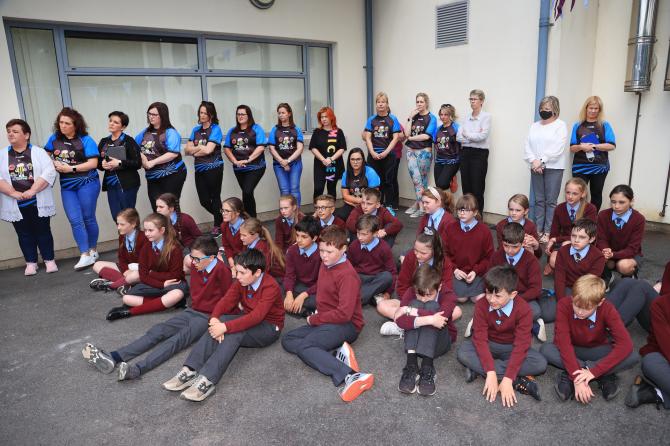 A POPULAR vice-principal and Gaelic footballer will be remembered for generations to come following the unveiling of 'Christopher's Cabin' at the Co Tyrone school where he taught.
The new facility officially opened at St Patrick's PS in Donaghmore was created in memory of Christopher Colhoun, who died of a severe strain of flu in January 2018. He was just 33.
Mr Colhoun, a father-of-two, had only been appointed vice-principal at the school less than six months before he died.
Principal Dera Cahalane said he "left a deep footprint on our hearts".