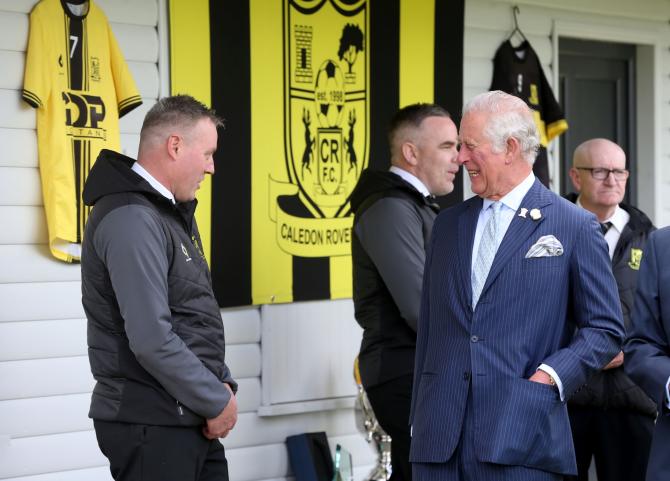 HIS Royal Highness The Prince of Wales was given a huge Royal welcome in Caledon last week – and was clearly impressed by the standard of football in the village.
However, hopes of a Royal kickabout were dashed after it was clear that Prince Charles had arrived for the visit without his football boots!
In the end, Prince Charles wasn’t tempted to showcase his football skills as he stopped off in Caledon last Wednesday as part of his two-day visit to Northern Ireland.

Full story in this week's Courier with a four page picture special!