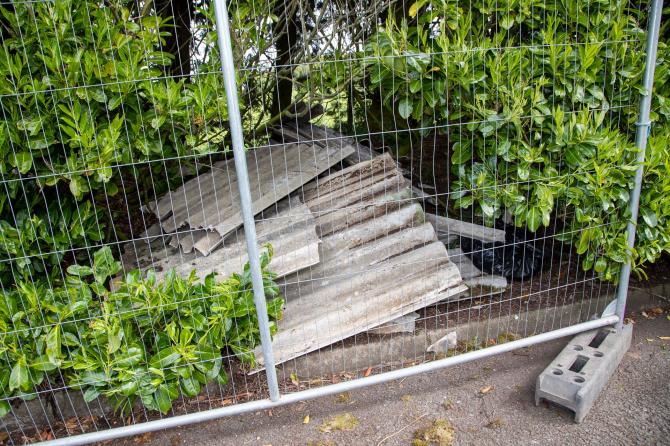 ASBESTOS has been dumped at a local cemetery.
Dungannon DUP Cllr Clement Cuthbertson said: “I was totally disgusted to have received a report that asbestos had been dumped in Cottagequinn Cemetery.
"To dump this hazardous waste anywhere is disgraceful but to dump it in a Graveyard is deplorable and, quite rightly, as described to me by the member of the public who contacted me about the issue as “the lowest of the lowest”.