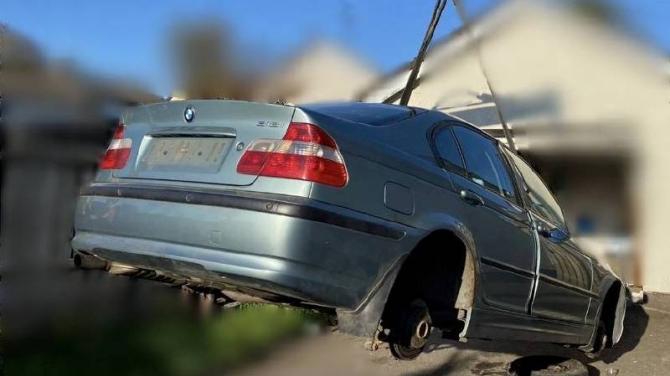 POLICE in Mid-Ulster dealt with a situation recently in which a 15-year-old was caught driving dangerously and tried to hide the vehicle to avoid Police.

Posting on social media, Police said: "A 15-year-old kid doing donuts and driving dangerously. Thought he could hide the car away ready to go on the rip again in a few hours. Not happening.

"Top tip: taking the wheels off your car when we're looking for it doesn't make it invisible.

"Too many think that Mid-Ulster's Roads are their own private race track where they can put everyone else's life at risk and no rules apply.

"The continuous procession through Dungannon and Magherafelt courts of individuals we've caught, (often not their first time), shows that isn't the case."