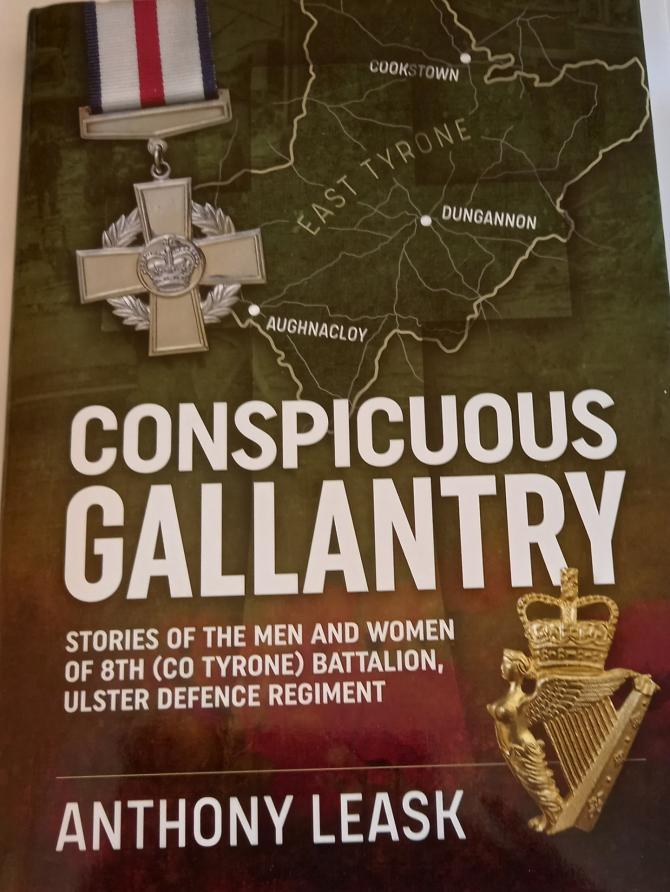 A new book depicting the life and times of local members of the Ulster Defence Regiment throughout the Troubles has just been published.
“Conspicuous Gallantry – Stories of the men and woman of 8th (Co Tyrone) Battalion, Ulster Defence Regiment” has been published in hardback by Anthony Leask.
A Commanding Officer 8th (Co Tyrone) Battalion, Ulster Defence Regiment for two years in the 1980s, Anthony Leask went on to become Commander Land Forces Northern Ireland.
The book is exactly as it states on the cover and tells the stories of the local men and women from the Dungannon, Aughnacloy and Cookstown areas who courageously served in 8 Co Tyrone UDR during the Troubles.