Irish Cup to be broadcast live across the BBC network 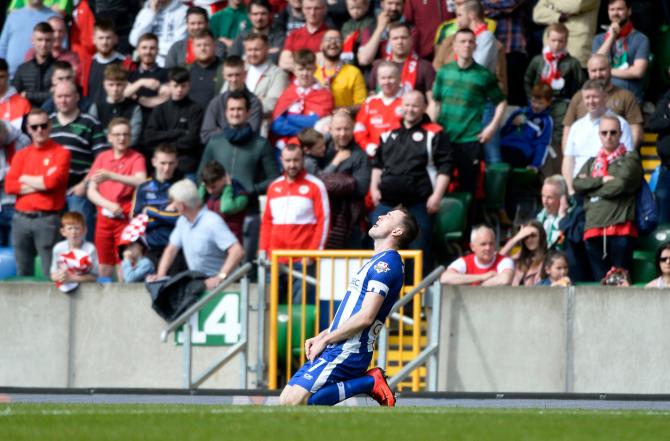 BBC NORTHERN Ireland is to expand its coverage of the Irish Cup this season by streaming a match from each of the first three rounds of the competition on BBC iPlayer and the BBC Sport NI website before broadcasting this year’s semi-finals and final live on BBC Two NI.

Due to the coronavirus pandemic, the Irish Cup will be played in a condensed format with the competition starting on Tuesday April 27 and concluding with the final at Mourneview Park on Friday  May 21.

With no supporters currently permitted at matches, BBC Northern Ireland is broadcasting more Irish Cup games to enable fans to watch the action from home.

BBC NI will begin its coverage by streaming the Round One match between Linfield, which has won the Irish Cup a record 43 times, and Annagh United, a NIFL Championship club playing its first competitive match since March 2020.

On Saturday May 8, a match from Round Two (last 16) will also be streamed on BBC iPlayer and the BBC Sport NI website as will one of the quarter-finals ties which are scheduled for Tuesday May 11.

The coverage then switches to TV with both semi-finals in this season’s Irish Cup shown live on BBC Two NI.

The knock-out games are due to be played at Mourneview Park on Tuesday May 18 with the first match kicking off at 4pm, followed by the second at 8pm.

The 2021 Irish Cup campaign concludes with the final on Friday May 21.

Northern Ireland’s most prestigious football cup match will be shown live on BBC Two NI and BBC iPlayer with exclusive build-up, action and reaction across the BBC Sport NI website.