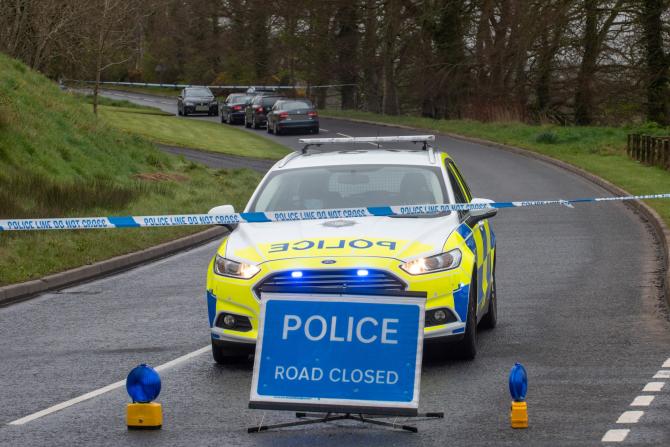 THE Chair of the Police Federation for Northern Ireland (PFNI) has condemned an attempt to murder a part-time police officer in Dungiven.

A viable cylinder-type device was left under the officer’s car and an Army Technical Officer made the device safe in a lengthy security operation.

“This officer is going the extra mile working for the community and it is appalling the officer was singled out in this manner," said Mark Lindsay.

“Her dedication to serving the community is in stark contrast to those involved in this attack, whose only purpose is to wreck lives. They are without heart or soul and only have the instruments of misery and suffering to further their warped and outdated aims.

“There are people in this community who know who planned this attack and placed this potentially lethal device under an officer’s car. They must realise there is nothing to be gained by such attacks and I would call on them to give the police the information they need to capture the culprits.

“The people behind this attack have no political or social support outside their own small circles. Their thinking is from a bygone era - an era everyone else has moved on from. It is very much the clear desire of decent people to get on with their lives without the spectre of terrorism hanging over their shoulders," he added.

First Minister Arlene Foster described it as 'a shameful and vile attack on a police officer' and utterly condemned those responsible.

"People across Northern Ireland will unite in agreement that this barbarity has no place in today’s society and that this dark and sinister agenda is a thing of the past, not our future," she said.

Michelle O'Neill, meanwhile, claimed that those behind the reckless attack 'have absolutely nothing to offer society and have shown a callous disregard for the entire community.'

"They seek only to drag our communities backwards; they have no place in our society and they should disband," said the Deputy First Minister.

Former Justice Minister, Claire Sugden, joined in the condemnation and urged anyone with information to contact the police.

“Those perpetrating this kind of attack need to be found and taken off the streets as a matter of urgency,” she said. “They need to know that this will not be tolerated by anyone in Northern Ireland.”

Fellow MLA, Cara Hunter of the SDLP, said no-one should 'have to live in fear' of going to work.

“This is an attack on the community, and actions of these people are not welcome in our society. My thoughts are with the officer and their family," she said.

And Sinn Féin MLA Caoimhe Archibald said that at a time of 'increased community tensions, this is the last thing anyone wants to see.

“Those behind this reckless attack have absolutely nothing to offer society but more suffering and there have shown a callous disregard for the entire community. They need to bring their futile actions to an end," she said.

The device was discovered on Monday (April 19) morning at the home of the part-time officer. Police closed part of the Ballyquin Road near the town as they conducted a search of the area.

Anyone with any information is asked to contact the PSNI on 101.