Incident demonstrates complete and utter disregard for the life of a mother and her toddler, says Assistant Chief Constable 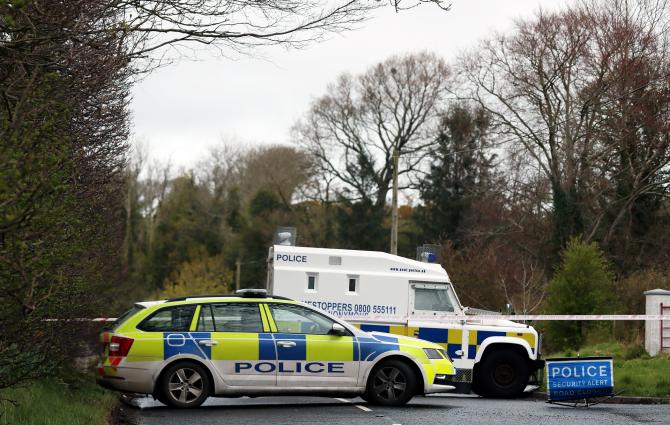 ASSISTANT Chief Constable Mark McEwan, Head of Crime Operations Branch, has appealed to people to exmine their consciences following the discovery of a viable device in Dungiven.

"Today we are investigating a sickening attack on a young mother who serves her community both as a member of police staff and as a part time police officer," he said on Tuesday.

"The investigation is still at an early stage but a strong line of enquiry is this is the reason she was targeted by violent terrorists.

"Yesterday morning, our colleague discovered a suspicious object beside her car in close proximity to her house in Ballyquin Road, Dungiven.

"We assess this was a viable device with explosives attached to a container with flammable liquid. This was designed to cause a fireball which would have engulfed the victim’s car and anyone in it or anyone close by, or those calling to the house.

"What is really distressing is the terrorists placed the bomb at the rear of the car directly at the point where the victim’s three year old daughter sits. This demonstrates the complete and utter disregard for the life of a mother and her toddler, which simply beggars belief.

"While the investigation is at an early stage and detectives are keeping an open mind, a strong line of enquiry is that this attack is the work of the New IRA.

"Here is yet another occasion where they have shown nothing but contempt for local people. If we think back to the bomb attack outside the Derry Court House in 2019 when a group of young people narrowly escaped being caught up in the blast.

"Also, it is worth reflecting that the attack took place while the rest of the country were pausing to remember, nearly two years ago to the day, that this group of wicked individuals murdered a young woman – Lyra McKee – in Creggan. It is clear they are still intent on recklessly targeting honest, hard-working members of our community with no concern at all for who they harm or kill in the process.

"I appeal to anyone who has any knowledge of this attack, or indeed of anyone involved in dissident republican, or other violent or terrorist, activity to come forward and provide any information they have to the police. We particularly want to hear from anyone who was in the area of Ballyquin Road, Dungiven during the evening of Sunday April 18th into the morning of Monday April 19th.

"If you do have any information you need to come forward.

"It is time for people to examine their own consciences and ask themselves whether they support attempting to kill a three-year-old child and her mother.

"Please call Terrorism Investigation Unit detectives on 101 quoting reference number 419 19/04/21, or submit a report online using our non-emergency reporting form via http://www.psni.police.uk/makeareport/.  You can also contact Crimestoppers anonymously on 0800 555 111 or online at http://crimestoppers-uk.org/."

The security alert on the Ballyquin Road has now ended and all roads have been reopened.