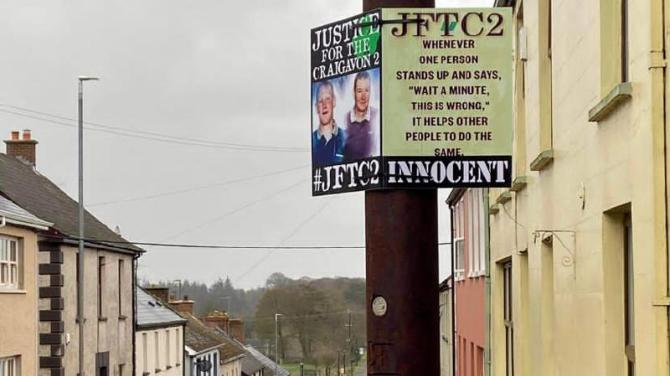 A POSTER campaign seeking 'justice' for two men convicted of murdering a PSNI officer has been condemned by a victims' group.

The posters in support of the 'Craigavon Two' - Brendan McConville and John Paul Wootton - were erected in Pomeroy, Co Tyrone.

Both are serving lengthy jail sentences for the 2009 killing of Constable Stephen Carroll, who was shot dead while responding to a 999 call in Craigavon.

They have maintained their innocence since being caged.

Kenny Donaldson, Spokesman for Innocent Victims United stated: "This latest poster displayed on the streets of a County Tyrone village - Pomeroy will cause anxiety and distress once more to the family of Const. Stephen Carroll and many other innocent victims/survivors of terrorism".