Drugs and cash seized in Magherafelt 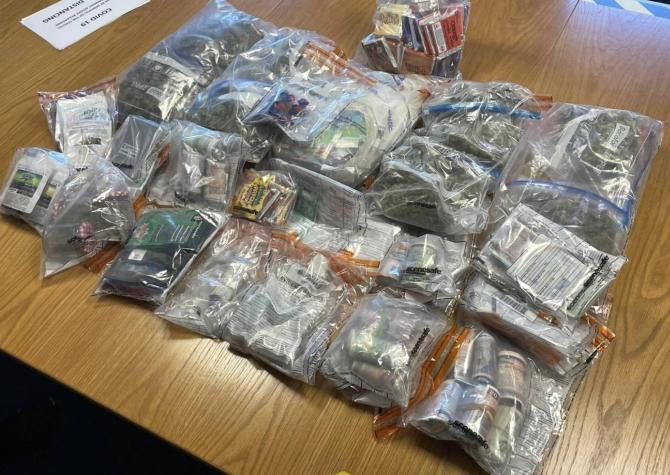 POLICE have arrested a 24-year-old  man on suspicion of various drugs offences after a haul of drugs and cash worth approximately £59,000 in total was discovered in Magherafelt.

The individual was arrested  on Thursday 1st April. He was subsequently released on police bail pending further enquiries.

Posting on social media, police said: “Crews carried out a home visit in Magherafelt  resulting in a lengthy operation and significant find.

“Finds like this take a lot of preparation and often are a long time in the planning but they simply wouldn’t happen without the information from yourselves.

“You may have told us something and thought nothing came of it but rest assured every bit of info is crucial, so keep it coming. It’s the joint effort from us and yourselves that gets rid of the drug dealers.”