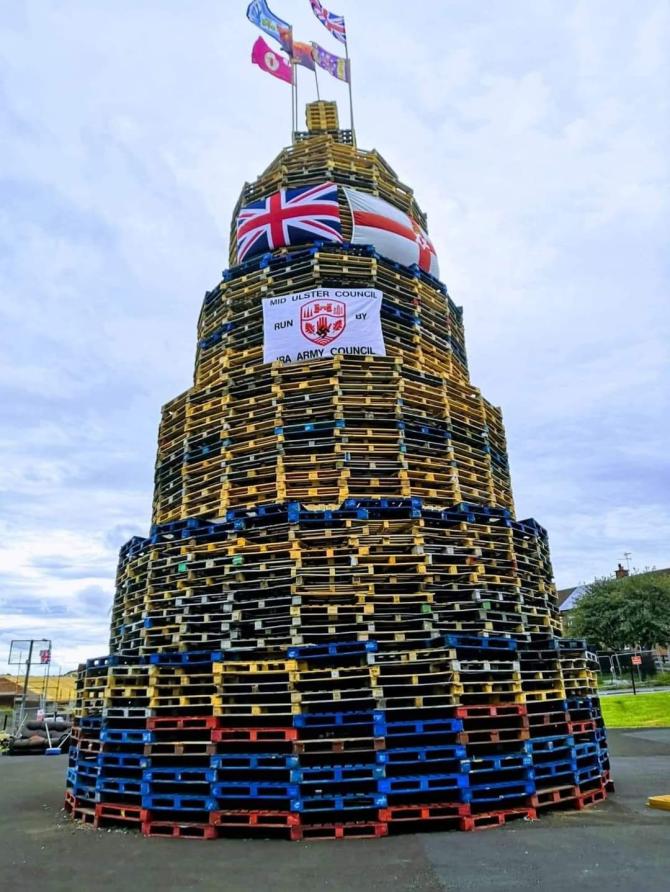 MOYGASHEL Bonfire Association say their Eleventh Night bonfire will take place this year – and they will not be engaging with the PSNI on the matter.

Amid widespread unionist anger over the decision last week by the Public Prosecution Service (PPS) not to prosecute anyone in relation to the funeral of republican Bobby Storey, the Moygashel group issued a statement on Facebook titled: “ATTENTION PSNI - THE DEAL IS OFF!”

The group said the bonfire team had decided not to engage with the PSNI “on any level until confidence within the PUL community towards policing and justice has been restored”.

The funeral of Mr Storey in Belfast last June attracted 2,000 mourners at a time when Covid restrictions were in place.

Following the announcement that there would be no prosecutions, First Minister Arlene Foster  called for the resignation of PSNI Chief Constable Simon Byrne.

In the Assembly, the Deputy First Minister apologised “for the hurt that has been caused to so many families who have lost a loved one”.

Available as an ePaper from the Digital Newstand at www.tyronecourier.co.uk