Masked men cause disruption in Cookstown 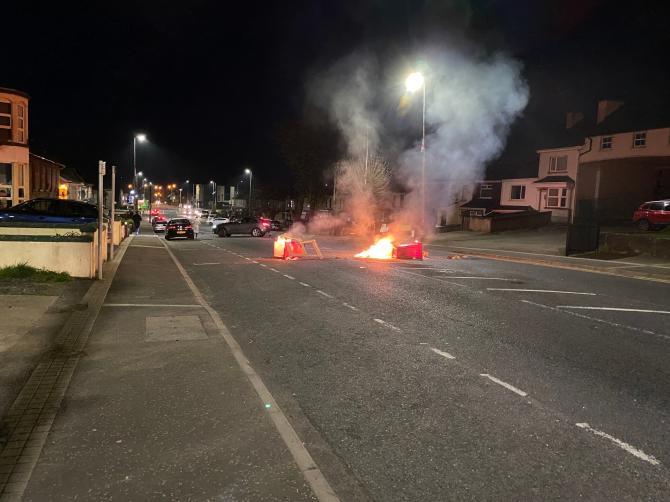 STREET disturbances took place in Cookstown at the weekend following last week’s announcement that prosecutors would not be charging anyone over their attendance at the funeral of republican Bobby Storey.

A number of masked men attempted to block the road at Millburn Street with bins which had been set alight and there was also an attempt to throw missiles at trafffic.

The incident is the latest in opposition to last week’s PPS announcement with similar incidents taking place in Newtownabbey, Carrickfergus and Londonderry at the weekend.

The funeral last June attracted 2,000 mourners at a time when Covid restrictions were in place and the attendance of many senior Sinn Féin politicians caused a political furore.

The decision last week by the Public Prosecution Service (PPS) not to prosecute anyone in relation to the funeral led to First Minister Arlene Foster calling for the resignation of PSNI Chief Constable Simon Byrne.