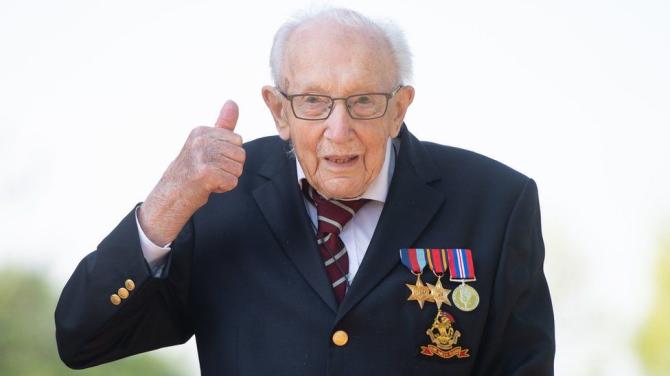 Captain Sir Tom Moore is being remembered not only throughout the UK and the world, but also in Tyrone following his sad passing.
The 100-year-old, who raised almost £33m for NHS charities by walking laps of his garden, was admitted to Bedford Hospital on Sunday 31st January, but passed away on Tuesday 2nd February.
Tyrone was among many other counties throughout the UK to benefit from the magnificent efforts of Captain Sir Tom last Summer.
The Southern Health and Social Care Trust, which takes in the Dungannon borough, received almost £110,000 as a result of Capt Sir Tom Moore's efforts.