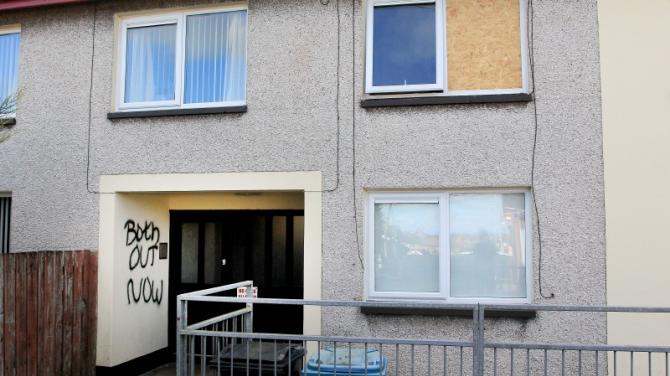 POLICE are appealing for information following a shooting incident in Moygashel.

Detectives said they received a report of a shooting at residential premises at the Moygashel Court area of Moygashel on Friday night last.

Detective Inspector Michael Winters told the Courier: “It was reported to Police that shortly before 8.25pm, a single shot from a shotgun was fired at the front door of a flat in the area.

“No one was believed to have been inside the property at the time, with damage caused to the door following the incident

“Enquiries are continuing to establish the circumstances following the incident and we would appeal to anyone who witnessed anything suspicious in the area at the time of the incident, are asked to contact detectives on 101 quoting reference number 1774 05/02/21.

“A report can also be made online using our non-emergency reporting form via http://www.psni.police.uk/makeareport/

You can also contact Crimestoppers anonymously on 0800 555 111 or online at http://crimestoppers-uk.org/.”