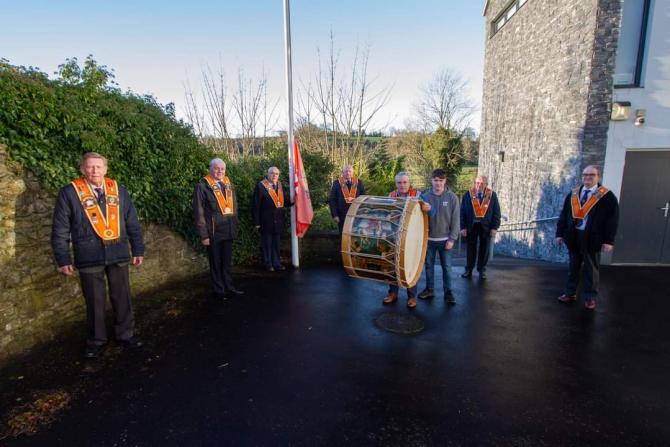 THE Orange Order's “CentenNIal flag” was proudly raised at the Museum of Orange Heritage in Loughgall to mark the beginning of Northern Ireland's 100th anniversary year.
The flag was raised by Denis Watson, County Armagh Grand Master, who was accompanied by some of his County Grand Lodge officers, and also Mervyn Walker with the "Champion of Loughgall" Lambeg drum.
Meanwhile, the museum was recently presented with an Armagh City, Banbridge and Craigavon Borough Council plaque by Deputy Lord Mayor Kyle Savage, who was accompanied by Councillor Sam Nicholson.