Use of Seamus Heaney image defended 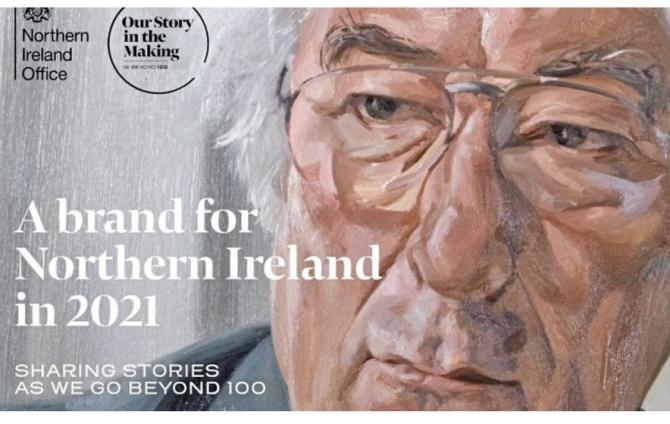 THE Secretary of State has defended the use of a picture of poet Seamus Heaney in a campaign to mark the centenary of Northern Ireland, saying the Northern Ireland Office sought permission to use the portrait in the promotional literature.
Brandon Lewis also said he hoped all communities could take part in centenary events regardless of constitutional views.
While the director of the Seamus Heaney Centre at Queen's University, Glenn Patterson, said it did not give permission for an image of the poet in to be used in the 'Our Story in the Making', the NIO has disputed this.