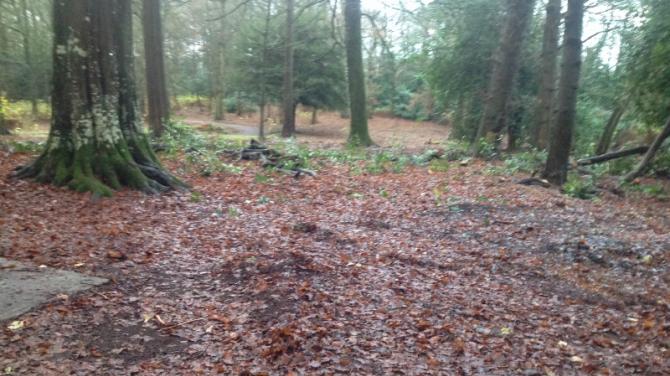 A MEMBER of the public has expressed concern over Mid-Ulster Council’ss "annual ritual of vandalism" of Windmill Wood.

In a letter to the Tyrone Courier, the Dungannon resident highlighted their concern for wildlife affected by the cutting back of undergrowth and vegetation.

The resident said: "Once again Mid-Ulster Council has engaged in an act of environmental vandalism at Windmill Wood, Dungannon. "It seems to be an annual occurrence at this time of year. "Windmill Wood could reasonably be described as the only informal nature reserve within Dungannon town boundary.

"Not only is it a popular attraction for locals but also for visitors from further afield.

"It is also a sanctuary for a variety of wildlife such as foxes, squirrels, badgers and various bird life including woodpecker.

“Kingfisher can regularly be seen hovering around the pond area.

"The Council, however, at this time of year brings in machinery and excessively cuts back undergrowth, bracken and saplings; growth that provides shelter for the wild life during the cold and frosty winter months.

"It is said that squirrels hide nuts and other food items during Summer and Autumn and retrieve it during the Winter months when food is scarce.

"This scorched earth policy by the Council, however, in the name of some perverted form of maintenance destroys this natural wildlife habitat at ground level and could be viewed by some people as a form of animal cruelty.

"Perhaps Mid-Ulster Council could explain what this annual ritual of vandalism hopes to achieve.The letter was signed off as "Concerned environmentalist."

The Courier contacted the Council for a statement but nothing was received at the time of going to Press.