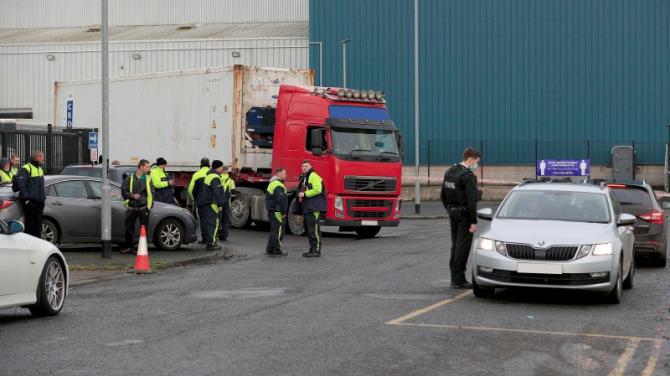 A twenty-nine-year-old man has been remanded in custody in relation to an alleged incident at Granville Industrial Estate on Thursday last, when a number of shots were fired.

Aidan Holbrook from Mullaghmore Road, Dungannon is charged with unlawfully and maliciously causing grievous bodily harm to a male, as well as causing him to fear violence by being in possession of a firearm.

It is further alleged Holbrook was unlawfully in possession of a knife.

He appeared before Dungannon Magistrate's Court on Friday, where a detective confirmed the charges could be connected.

No details of the alleged incident were disclosed in court although Police previously advised two males were threatened by two other males armed with handguns.

As one of those threatened tried to run away, shots were fired at him, but he escaped uninjured.

The circumstances surrounding the attack on the other male, or the level of injury sustained, have not been divulged

There was no application for bail and District Judge Michael Ranaghan ordered Holbrook to appear again by video-link later this month.