Warning as fraudsters scam two Mid-Ulster businesses out of £350,000 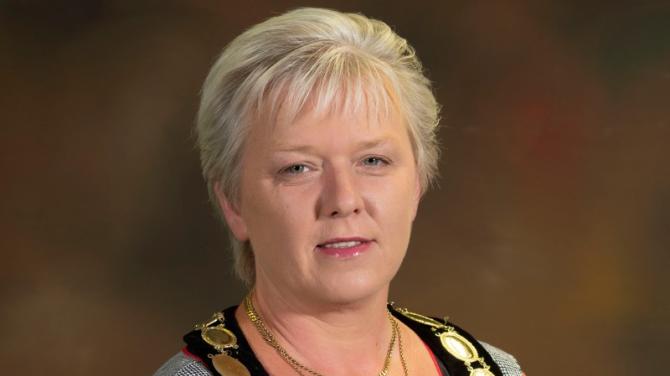 TWO Mid-Ulster businesses have been "duped out of more than £350,000" by fraudsters, say police.

It is understood both businesses had their emails hacked and payments of just over £20,000 and £330,000 were made to bogus accounts.

The PSNI is investigating the alleged mandate frauds, which were reported last Wednesday.

A mandate fraud is a scam in which fraudsters are able to divert planned payments into criminals' accounts, leaving the genuine recipient unpaid.

"This is sadly further evidence that fraudsters are relentless in their pursuit of other people's money and will stop at nothing in an attempt to dupe people.

"Because of the variety of scams, from mandate fraud to phone and email scams to the more sophisticated scams where people become victims of romance or investment scams, everyone needs to be on their guard.

"Scams can be so convincing it is easy to be duped, which is why it's more important than ever that everyone exercises caution.

"I can't stress enough to never ever give out any personal or financial information to an unverified source via email or over the phone. If a supplier suggests they have changed an account number, please ensure you are 100 per cent sure this is the case. Don't take an email as proof.

"Please, be vigilant, and be on your guard."

Meanwhile, in a separate development, an Ulster Unionist councillor has revealed she is experiencing an increase in the number of constituents coming forward to report nuisance calls and scams.

Meta Graham, who is also Deputy Chair of Mid-Ulster District Council, said the scams are getting more sophisticated and difficult to detect – and warned that they could cost victims a lot of money.

Councillor Graham said: “Our office has received a complaint from a constituent who is receiving an average of 3-4 calls each week from unsolicited sources. Despite having a select-to-reject service which costs them an additional £8.55 per quarter, they are still receiving calls.

“We raised this with the provider and they stated they could only deal with calls from UK and unfortunately the equipment cannot block calls from Africa and Asia.

“Scamming is widespread in Northern Ireland and they target people of all ages, backgrounds and income levels.

“Older, vulnerable people are particularly susceptible as well as those who are too trusting.

“Always be wary of something which sounds too good to be true or if you have been asked for personal or bank information, and never pay anything up front.

“Be aware that banks, building societies, HMRC and utility companies will never ask for monies via phone.”

Anyone concerned they have been a victim of a scam either report the matter to Action Fraud via www.actionfraud.police.uk or by phoning 0300 123 2040.

Police can be contacted on the non-emergency number 101.

Meanwhile, the PSNI has also warned over the dangers of telephone frauds in Northern Ireland.

Chief Superintendent Simon Walls said: “On two occasions, in the past few days, scammers have been successful in defrauding members of the public of over £35,000 in total.

“On both occasions, calls were received from a number which matched their bank’s helpline number.

“When the victims answered they were informed of problems with their accounts and asked to give their banking details to the caller. Unfortunately, once the banking details have been given, the scammers were able to access the funds. We believe that these are not isolated incidents and that there have been other scams of this type.

"What the scammers are trying to do is panic people into sharing sensitive personal banking information.

"Find the number of your financial institution and call them back. If possible, make this call from a different phone. Tell them what has happened. A bank, building society or credit union will never call you and ask you to move money to a different account for security reasons. Only a scammer will.

“Guarding your personal and banking details is essential. Never disclose them to any unauthorised person.”