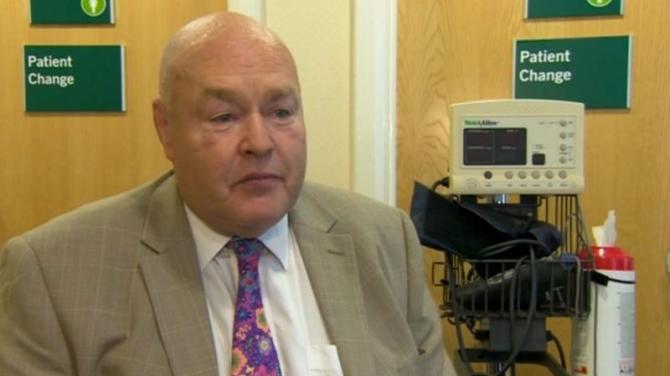 Derek McMinn is known as the ‘Father of Modern Hip Resurfacing'. SC204123

A DUNGANNON  surgeon who is accused of keeping bones from more than 5,000 patients he operated on has had restrictions imposed on his licence to practice by a medical tribunal.

Mr McMinn, who attended the Royal School Dungannon, allegedly kept the bones of at least 5,224 of his patients, The Independent newspaper reported.

A police inquiry was also launched.

At an interim hearing at the Medical Practitioners Tribunal Service on 22 October, restrictions were placed on Mr McMinn's medical licence.

The conditions include informing the GMC of any post he accepts before starting it and that all relevant people have to be notified of his conditions.

He must also allow the General Medical Council (GMC) to exchange information with his employer or the body for which he provides medical services.

The claims about Mr McMinn were leaked in a report by BMI Healthcare, which ran the hospital until June this year when Circle Health Group took it over, The Independent reported.

Circle Health Group previously said the "historic issues... have all been reported to the appropriate authorities", adding it would "co-operate closely with regulators" and took the issues "incredibly seriously".