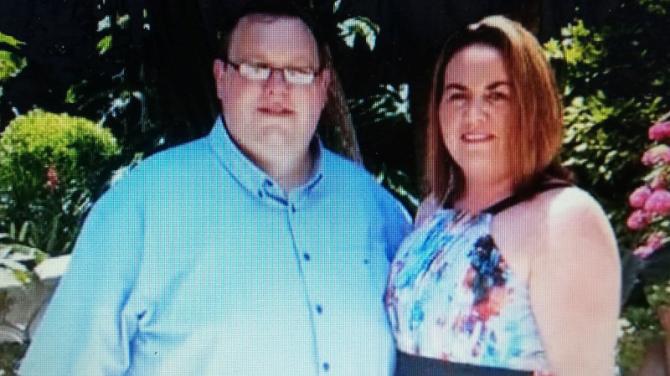 THE widow of a local man, aged in his 40s, who died after contracting Covid-19 has said she doesn't know how she'll bring up their children without him.

Lee Haggan, 44, from Cookstown, was taken to Antrim Area Hospital in an ambulance on Friday, October 2.

He then died just 13 days later on Thursday, October 15.

His wife Cathy said she worries about a future without her husband.

She told UTV: "I have lost my best friend and I'm just broken. I really don't know how else to describe it. I don't know how we're going to continue; it's going to be hard for me as a single parent now.

"To raise three children on my own, I don't know how I'm going to do it without him."

"I packed his bag for the hospital," she said. "I thought I'll see you later Daddy and I just didn't think the next time he'd be coming home would be in a coffin."

Cathy said that Lee didn't have the energy to talk and was only able to communicate through text until he was put on a ventilator on Monday, October 5.

She said: "He didn't think he was going to come off it again. He told me that himself. And he didn't."

Cathy watched her late husband pass away on the phone, 13 years after their two-year-old son Noah died.

She said: "I just told him whenever he got to heaven to hold our wee boy; that he's in heaven too. Just to say that we all love him and we all miss him."

Cathy has appealed for people to stop underestimating the seriousness of Covid-19.

"I don't know how to feel yet," she said. "I'm just feeling angry that people aren't taking this coronavirus seriously."