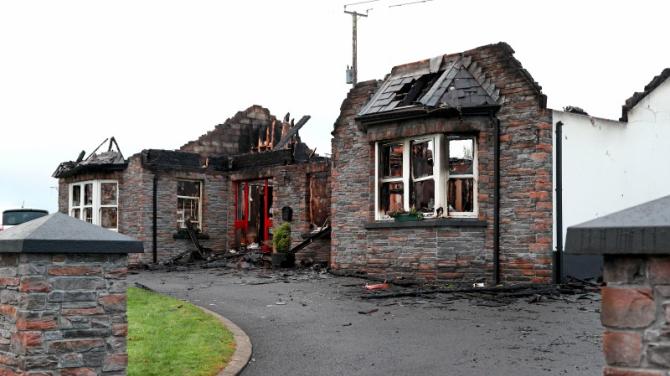 The gutted bungalow at Annaghbeg Road, close to the Tamnamore Roundabout. dd204401

Noreen was rescued from the fire on Monday 19th October but later passed away in hospital on Wednesday.

The fire was reported to police shortly after 10.20pm and emergency services were called to the scene.

Three fire appliances from Dungannon, one from Armagh, another from Pomeroy and two from Springfield Fire Station all attended the scene.

Due to the ongoing COVID 19 guidelines, funeral Mass and residence were private and Noreen's Requiem Mass was restricted to 25 people in accordance with current Government guidelines.”

Full story
on Page 3 of this week's Tyrone Courier