No parking fines in Coalisland over last three years 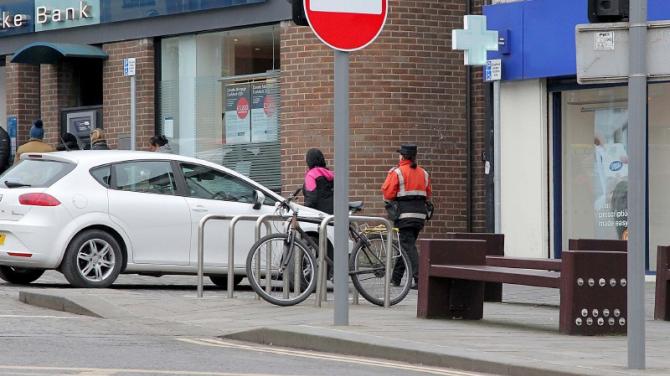 Since 2017, more than 12,000 penalties have been handed out in three other mid-Ulster towns.

Ms Mallon said 12,127 penalties had been issued in the three years to April.

None were issued in Coalisland.

“This answer, combined with previous questions, means that traffic attendants appear not to have issued a single parking enforcement in Coalisland for more than a decade.”

He said he would be submitting further questions on the matter.

However, in Coalisland, there were zero parking tickets handed out over the last three years.

Ulster Unionist councillor Trevor Wilson, who is from Cookstown, told the Belfast Telegraph there were different rules for Coalisland.

“Coalisland benefits from all the council funds and grants that other towns in the Mid-Ulster area do, so it should be subject to the same rules and penalties,” he said.

Mr Wilson said the perception among some Mid-Ulster residents was that Coalisland was a no-go area for parking attendants.

However, the Department for Infrastructure said it was not deemed a priority for enforcement.

A spokesperson said: “Traffic Attendants (TAs) are routinely deployed to areas with the greatest need for enforcement.

“Coalisland is not patrolled on a routine basis because there are very few parking restrictions in the town and experience demonstrates that when visited there has been no enforcement action required.

“Although Coalisland is not routinely patrolled by TAs, the department will continue to respond to requests for enforcement when the need arises, or when requested and resources are available.”

In 2016, amid criticism of the lack of parking tickets in the town, it was reported that officials had planned to deploy traffic attendants there one day a month.

However, a risk assessment was later requested after one of the first wardens sighted in the town in years was “hounded out” and forced to leave after just 30 minutes.

In December 2016, the Irish News reported how parking attendants had been abused while on patrol.

They described in email correspondence, released under the Freedom of Information Act, how pedestrians and motorists had hurled “large amounts of abuse” as they patrolled through the town.