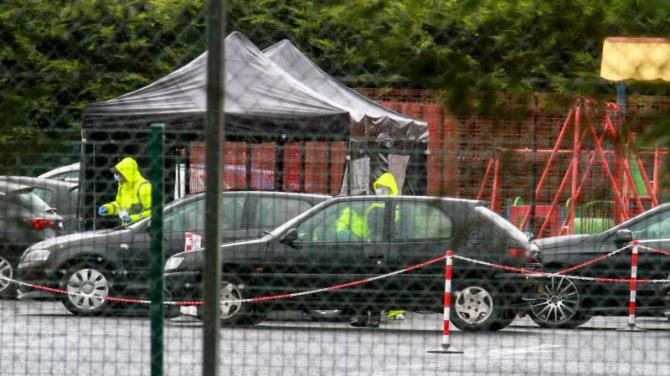 Two new centres have been opened in Cookstown and Magherafelt for the first time.

A test centre is now in operation at Cookstown’s Mid-Ulster Sports Arena while a similar centre has opened at the Meadowbank Sports Arena.

The opening of the two Mid-Ulster centres follows a rise in Covid cases. There has been a a wave in the area over the past two weeks with more this past week in the Cookstown and Magherafelt areas.

Mobile testing units operate across Northern Ireland and provide a temporary testing site that can be set up quickly in response to local need.

A spokesperson for the Public Health Agency confirmed the news, telling the Courier and Local Democracy Reporting Service: “There is a mobile testing unit based at Mid-Ulster Sports Arena in Cookstown.”

It was operational from Friday last, October 2 while the Magherafelt centre opened yesterday, Monday.

Long queues of vehicles have been forming for tests at both centres.

Continued the PHA spokesperson: “You, or any member of your family, should only have a test if you have the symptoms of COVID-19, which are a new continuous cough, a high temperature or a change in your sense of taste or smell.

“Details of all test site locations and how to book a test can be found on the PHA’s website www.pha.site/cvtesting.”

Prior to these mobile testing units becoming operational, the area’s nearest testing centres were in Portadown and Enniskillen.

Stated Cllr Kerr: “It is great that there has been a quick response from both Council and the PHA to facilitate this mobile testing unit.

“Hopefully this site will help combat the recent surge in the virus and this will help people get tested and know, depending on the result of the test, if they need to self isolate or not.”

Cllr Kerr has been calling for the establishment of a COVID-19 testing centre to be located within the bounds of Mid-Ulster.

Speaking at September’s Council meeting, Cllr Kerr said: “With regards to COVID-19 testing centres, Council should be trying to apply as much pressure as possible to statutory agencies.

“There should be a testing centre in the Mid-Ulster area that could be easily accessible to residents in the area.”

UUP Cllr Meta Graham told the Courier: "At the beginning of the outbreak in April 2020 Mid-Ulster had one of the lowest rates in Northern Ireland, but the Council area has the third highest rate in NI for the spread of the virus over the last week.

This mobile testing unit is in addition to five fixed test sites across Northern Ireland located in Belfast, Londonderry, Craigavon and Enniskillen.