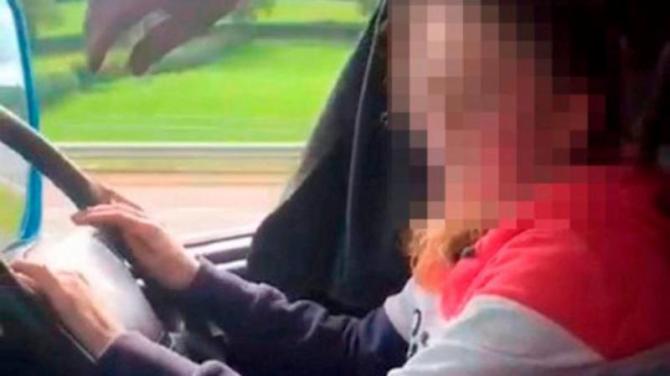 ANOTHER video has emerged of a child driving an HGV lorry on the M1 motorway near Dungannon.

The 36-second video appears to show a young girl at the wheel of the vehicle on the motorway near Dungannon.

The girl at the steering wheel in the video giggles while the man smiles for the camera. A man and a younger girl are also seen in the cab.

The person who captured the video is also in the cab of the vehicle, but they cannot be seen in the clip. None are wearing seat belts.

Dungannon DUP Councillor Clement Cuthbertson said he was appalled by the incident, the second on the M1 near Dungannon in a week..