Dismay over fly-tipping at Curran bog 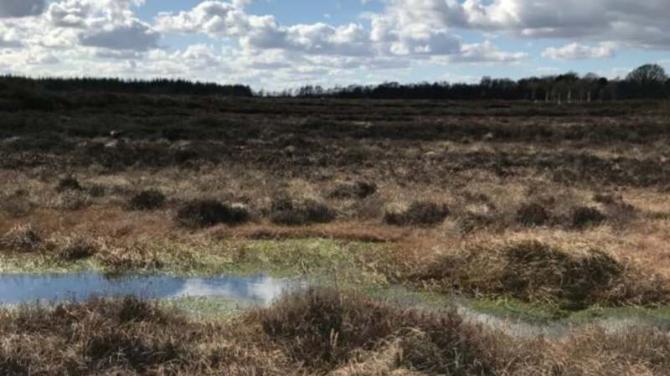 JUST a week after a major clean-up, an entire toilet was dumped at Curran Bog, near Magherafelt.

The team cleaning the area dubbed this latest example of waste crime as "the bog in the bog".

Fly-tipping has been a problem for years at the site, one of the most important raised bogs in the UK.

“Among the usual threats to Curran Bog, such as drainage and scrub invasion, the owners told us of years of fly-tipping, particularly along the Clooney Road boundary,” said Dr Trish Fox, from Ulster Wildlife, which has been working with the private owners as part of the Collaborative Action for the Natura Network (CANN) project.

The CANN project focuses on improving the habitat of internationally important peatland areas.

“Curran Gun Club, which leases part of the site, has removed huge amounts of waste, including six cars, over the years," said Dr Fox.

"In June, our contractors did a major clean-up along Clooney Road, removing dozens of tyres, hard-fill, oil drums, furniture and even what they reckon was equipment for growing cannabis.

“Unfortunately, within a week, the fly-tippers were back, and a toilet was dumped at the site. We have now put up cameras to monitor the roadside and will be forwarding any footage showing illegal dumping to the Northern Ireland Environment Agency.

“As well as large pieces of individual rubbish, there are lots of single items which people are clearly throwing out their vehicle windows. It is sad when people see the environment in general, and this very special site, as a bin for their use.”

Fly-tipping is a recognised threat to all peatland habitats like Curran - and to the environment in general.

“The CANN project has allowed us to actively restore this bog and many others but we are battling against these beautiful areas being treated as tips," said Dr Fox.

"It makes no sense to dump your bog in the bog and risk a fine when you could just as easily take it to Mid-Ulster’s main recycling centre in Magherafelt for free."