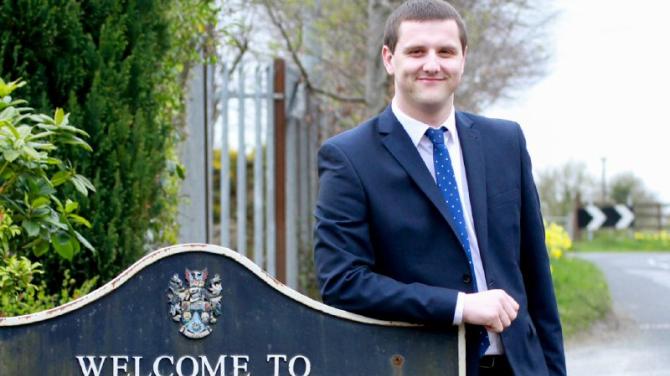 NEW 20mph speed limit schemes are to be implemented outside 100 schools across Northern Ireland, including 10 in the Tyrone and Mid-Ulster areas.

“I made a commitment in June to allocate £2million of funding to bring forward part-time 20mph speed limits at around 100 schools across Northern Ireland so that parents, children and staff will be safer as they go to and from school on a daily basis.

“I am delighted to announce the 100 schools that will benefit from the introduction of the new reduced speed limits for this year. Children, parents and teachers in every part of the North will see positive, practical changes delivered on the ground by the Department of Infrastructure in their community.

“Schools in Northern Ireland were assessed across our four roads Divisions and 25 schools in each Division were identified based on considerations of need as well as individual site constraints.

“Road safety, especially around our schools, is a priority and it is my intention that through future programmes many more schools will have a 20mph speed limit on the roads outside their gates.

“My officials are working at pace to develop the schemes, take forward the legislation and put in place the new part-time 20mph speed limit measures at these schools.

“This is another step forward in our effort to make our roads safer, however, it is vital that all road users take care on our roads. Together we can deliver safer places for all our communities.”

At each of the schools new road signs will be erected in the form of standard fixed speed limit roundel signs with flashing amber lights set to come on at the times the reduced speed limit applies. This follows trials at a number of schools to determine the effectiveness of this arrangement of signs and it was found they have a positive impact on the reduction in mean speed.

The list of schools includes the following local schools:

The schools' slowdown has been welcomed by local politicians.

“Keeping our children safe and increasing the safety of our roads right across the North is clearly the focus of this move and it should be welcomed.

“I know parents, children and teachers will welcome this progress as we work together to deliver a strong message that 20s plenty.”

Rosemary Barton, Ulster Unionist MLA for Fermanagh and South Tyrone, stated: “This is something that I have lobbied for outside a number of schools in my constituency, having witnessed the speed of traffic outside schools particularly at opening and home times.

“I had a site meeting at Florencecourt Primary School last year and had contacted the Permanent Secretary of the Department for Infrastructure asking for this very action to be considered.

“I particularly welcome this new part time 20mph added safety measure to be taken at those schools in Fermanagh & South Tyrone, but indeed it is welcome news for all those schools that have been announced.

“Very often with the extra traffic around schools at the start and end of the school day, young people, parents, those collecting the pupils and staff are vulnerable, especially where parked vehicles can impede a view while crossing the road.

“These part-time 20mph limits, I hope, will be effective in reducing speed and making our roads safer around schools.”

And Cookstown Ulster Unionist Councillr Mark Glasgow said: “I am delighted to see Orritor Primary School is one of 100 schools included in the 20 mph speed limit scheme announced by the Minister.

“Orritor Primary School will greatly benefit from this scheme and will ensure the safety of pupils, staff and parents when at the school, especially when it is the beginning of the school day and the end.

“The Orritor Road is a key connection link from Orritor to Cookstown and has benefited from the footpath along the road, which was widened a number of years back. So this announcement will assist greatly in road safety.

“The scheme involves new road signs been erected in the form of standard fixed speed limit roundel signs with flashing amber lights set to come on at times the reduced speed limit applies.

“As a past pupil of Orritor, it is great to hear this news and the positive outcome that will come to the school and the area from the scheme.”