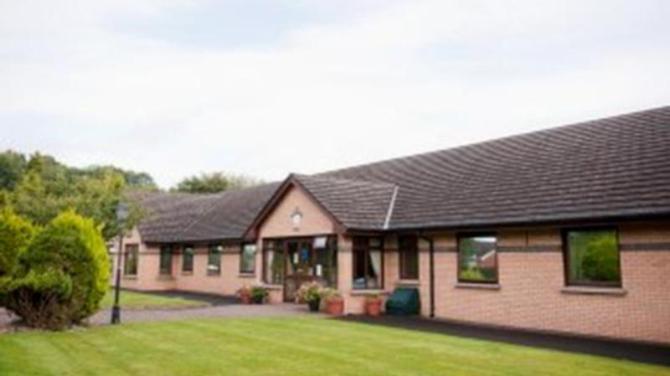 A TERRIFIED care home resident believed he would be taken away in handcuffs after staff called police “as a deterrent” when he reacted angrily during an incident over a slice of toast.

Officers spoke to the resident, accompanied by the manager who reported the incident, but no independent appropriate adult was present. It has also emerged the issue was not reported to the Regulation and Quality Improvement Authority (RQIA).

The resident suffers from multiple conditions including severe learning disability, requiring specialist care since childhood. He has spells of challenging behaviour when frustrated or upset - a common feature associated with his condition - dealt with by varying techniques including situation distraction and de-escalation.

But in December last year a different tactic was deployed at Dungannon Care Home.

Documents obtained by BBC Local Democracy show police were called to the Four Seasons Health Care facility by the manager claiming the resident had assaulted staff. Officers were informed he became angry after asking for a second slice of toast with his breakfast and being told to wait.

Staff: “Wished to report the matter hoping it would act as a deterrent. (Resident) has severe learning capabilities. Police spoke to him with the manager present. He showed very limited understanding… Police informed him it is not OK to hit people even when he feels upset… (Resident) said he wouldn’t do it again and showed a lot of concern that staff took his ball of wool from him.”

A superior officer noted: “It would appear the suspect has limited/no capacity to understand the actions are wrong. He has been in care since childhood and lashed out at staff due to not receiving toast. In the circumstances I do not believe it would be possible to interview (resident) due to his impaired mental capacity.”

A note added the following day read: “Safety measures have been put in place. Suspect lacks capacity and no formal complaint has been made. It would not be in the public interest to pursue an investigation into somebody in full-time care.”

However, there is no mention of assessment at the initial attendance on whether the resident had capacity to consent to be spoken to by police, given at that point the matter was initially reported as a criminal matter.

This should have been a priority for of the care home manager, given the vulnerabilities of the resident, whatever the circumstances of what occurred.

When told, family members were horrified their relative had been left fearful, upset and humiliated. This was heightened on learning an independent appropriate adult was not present during the police interaction, making the ratio three-to-one against a highly vulnerable individual.

A family spokesperson explained: “We know (resident) can become upset and don’t condone his outburst. It’s not intentional, but part of his condition. Had we been contacted immediately we would have spoken to him about this.”

Instead a decision was taken to call police: “To effectively scare a man with severe learning disabilities in this utterly degrading manner. (Resident) is in care because of his disability, not as punishment. I can’t begin to imagine what he felt when confronted by two police officers and the manager in his room. He was left traumatised and afraid to go for breakfast the next morning, only settling after when we rushed in to reassure him. He was able to say the officers said he would be taken away in handcuffs and ‘he had been warned’.

“Staff should never have used police in this manner, and likewise police should never have become involved. Appropriate accompaniment during this shocking episode wasn’t afforded, compounding safeguarding failures.

"(Resident) was bullied and frightened because of his disability. He did react badly beforehand, but the situation could have been avoided with de-escalation techniques. Care facilities must be able to manage challenging behaviour or they default on their contractual obligations to Health Trusts.”

Confirming the matter has been reported to the Police Ombudsman, the family spokesperson added: “This was emotional abuse in an intuitional setting.

"Since when has it been acceptable to call police on a vulnerable, disabled adult to act as a deterrent? It was scare-tactics and extremely cruel.”

The Dungannon Care Home website hosts a link to the Adult Safeguarding Policy, jointly created by the Department of Health and Department of Justice in 2015.

Describing this as complex and challenging, the Policy says harm: “Resulting from abuse, exploitation or neglect violates the basic human rights of a person to be treated with respect and dignity … and live free from fear. Any action which causes harm may constitute a criminal offence and/or professional misconduct.”

The Policy states service providers must be alert to individual needs and risks, with early intervention and support for those whose personal characteristics may increase exposure to harm, and those lacking capacity.

Intervention should be: “Human rights compliant, reasonable, justified, proportionate and appropriate. It cannot be arbitrary or unfair...

When contacted, an RQIA spokesperson confirmed the incident was not reported, adding “We understand this was referred to the PSNI as a result of an injury sustained by a staff member.”

Contemporaneous documents indicate police involvement was to act: “As a deterrent.” Regulations state RQIA must be to be notified of any event which may adversely affect the wellbeing or safety of any patient.

The Department of Health was asked if it supported police in a deterrent role for persons with severe learning disabilities, lacking capacity and in full-time residential care during instances of challenging behaviour, and if so under what professional protocol.

There was no response at the time of publishing.

Four Seasons Health Care were likewise asked to respond but did not do so.