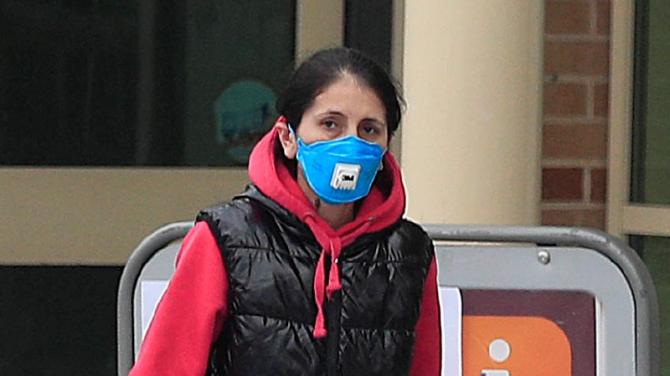 It became compulsory to wear a face covering in enclosed public spaces on Monday, 10 August.

Businesses expressed concerns that this would deter shoppers, however speaking to the Courier, local businesses report they have not been badly affected.

Store manager for Menary's, Dungannon, Barbara explained: "Customers have been complying with the new regulations and we have been busy since the face coverings became mandatory.

“It hasn't affected our trade and both staff and customers are content and comfortable following the new rules."

Patrick Tierney, owner of Dreamtime Bed Linen, Dungannon said that although he felt there was an initial drop, business is still going well.

He said: "I think the face coverings can put people off, but business has still been good, consistently good since we reopened. We have a one way system in place to ensure social distancing so customers can be confident coming into the store."

Police have not fined anyone in Northern Ireland for failing to wear a face covering since it became compulsory.

The Department of Health said breaches could lead to a fixed penalty notice of £60, reduced to £30 if paid within 14 days.

Responsibility for enforcement has caused confusion, with police saying it would only be used as a last resort.

Ahead of the rules coming into effect, the PSNI said: "Where necessary, officers will continue to engage, explain and encourage people to make the right choices and this includes the mandatory wearing of face coverings on public transport, in shops and other public enclosed spaces.

"The primary responsibility for ensuring compliance lies with transport operators and businesses but where police become involved, we will do so on the basis of the four 'Es' and only use enforcement as a last resort, when all other approaches have been unsuccessful."

The NI Direct webpage carries advice for people who are indoors in circumstances where it is not possible to wear a face covering, for example, where they are eating or drinking in a restaurant, pub or café, or are exercising in a gym.

In these circumstances, it said it was acceptable not to use a face covering, but you should replace it as soon as practicable afterwards and maintain social distancing of at least 2m if you are in an enclosed space undertaking physical exercise.

Other circumstances where it may be difficult for some people to wear face coverings, include:

Where it is distressing for someone to cover their face;

Where someone is accompanying a person who relies on lip reading to communicate;

The reasons for not wearing a face covering may not always be visible.