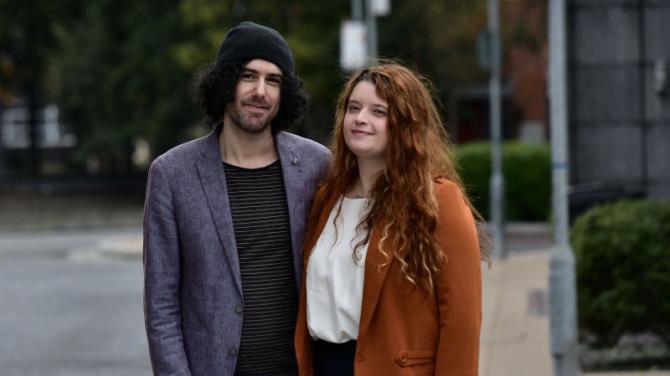 NEW rules come into force that mean all Irish and British citizens born in Northern Ireland will be treated as EU citizens for immigration purposes.

It means that the non-European family members of people in Northern Ireland can apply for them to live here under the post-Brexit EU Settlement Scheme until next June.

The new rule allows most of those born in Northern Ireland to be regarded as Irish citizens when applying for leave to remain on behalf of their non-European family members, including spouses.

It follows a high-profile legal case taken by Magherafelt woman Emma DeSouza, whose US-born husband Jake was denied residence in Northern Ireland largely because she was regarded by the immigration authorities as British having been born here. This was despite her having an Irish passport and identifying as an Irish citizen.

This appeared to clash with the provisions of the Good Friday Agreement that recognise the right of people born in Northern Ireland to identify as either British or Irish.

Those from here applying on behalf of family members will now not have to renounce their British citizenship under the new arrangement. They can make an application under EU settlement rules rather than tougher UK immigration standards.

Mrs DeSouza dropped her action against the UK Government after the concession was delivered in May, meaning there was no final legal resolution.

At the time, Mrs DeSouza said: “The changes to the immigration rules will have a positive impact on families across Northern Ireland and will provide a route to family reunification under the EU regulations, whether that person identifies as Irish or British or both.”

However, the arrangement applies only to applications made before 30 June 2021 where the relationship existed prior to the end of December 2020.