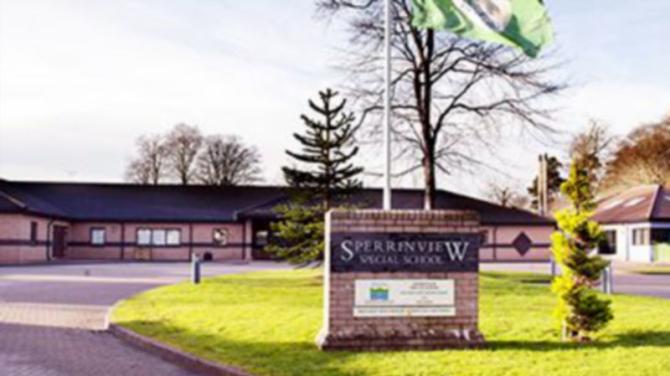 A DUNGANNON school's dreams of seeing its facilities significantly upgraded has taken a sizeable step forward.

Sperrinview Special School has announced the awarding of a contract to an architecture firm which will be leading the design of the new facilities.

Work at the school, based on the Coalisland Road, would include an extension of improvements throughout the existing building.

The work is to be carried out under the School Enhancement Programme (SEP) administered by the Department for Education.

The SEP targets investment at schools which have immediate and pressing needs but where new builds are not deemed affordable or deliverable within the capital budget available.

And the Project Steering Group of Sperrinview has confirmed that the Belfast based Ostick & Williams Architects Limited had been awarded the contract as the Integrated Consultancy Team for the work.

The scheme’s Project Steering Group, which includes representatives of the school, the Education Authority and the Department of Education, are working with Ostick + Williams Limited who will lead this work and are currently working on a feasibility study that will feed into the Business Case.

And the news has been welcomed by a Councillor for the area, the DUP's Clement Cuthbertson.

In a statement, Cllr Cuthbertson said: “This announcement is good news for all associated with Sperrinview.

“We all know how slow these schemes can be before actual work commences on the ground, but this welcome news is a step in the right direction.”

A number of other schools in the district are also currently going through the SEP process.

The project at St John's Primary School, Kingsisland is currently in design while scoping for work at St Joseph's Grammar School in Donaghmore and a design team is to be appointed soon.

All three schools were announced to be part of the SEP process at the start of 2018, while a number of other local schools have been included in more recent funding announcements.