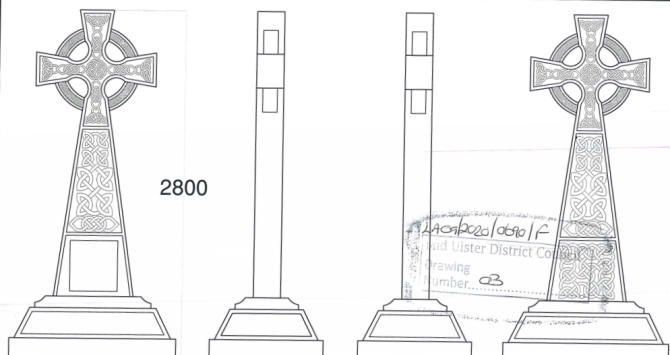 PLANS for a memorial to two IRA hunger strikers from Bellaghy have met with strong opposition from unionist parties and a leading victims’ group.

An application has been lodged with Mid-Ulster District Council for a Celtic cross memorial to be erected in the village in memory of Thomas McElwee and Francis Hughes.

The planned memorial has been earmarked for a site fronting on to Castle Street at the Bawn close to the Seamus Heaney monument.

DUP elected representatives in Mid-Ulster issued a joint statement calling it an "insult to innocent victims and their families", while a leading victims campaigner called for the withdrawal of the application and challenged the SDLP to stand up against the proposal.

The man behind the application said the memorial would serve to "remember the sacrifices of these great men".

Both McElwee and Hughes were convicted terrorists who died on hunger strike in 1981.

Read the full story in this week's Mid-Ulster Courier.