Vulnerable in Mid-Ulster set to miss out on food parcels 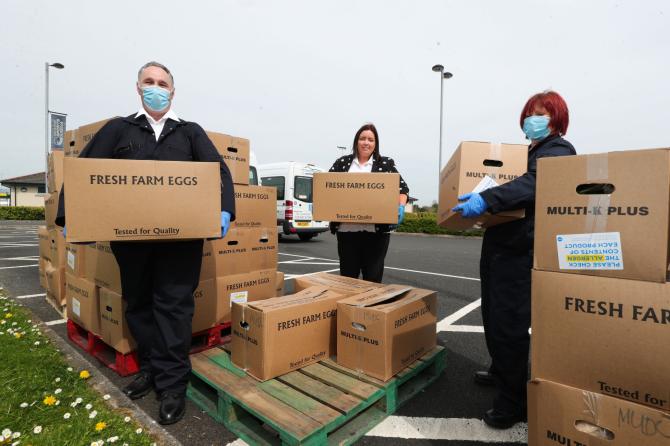 VULNERABLE people in Mid-Ulster are being turned down for food packages in a scheme which has been set up by the Department for Communities and which is being co-ordinated by the local District Council.

It comes days after Department of Communities Minister Deirdre Hargey MLA, visited Mid-Ulster, one of 24 food distribution centre, where food packages are sorted and delivered to the most vulnerable in society during the current Covid-19 pandemic.

Launched earlier this month, Mid-Ulster Council is co-ordinating the weekly service, introduced and managed by the Department for Communities (DfC), which has seen thousands of food boxes delivered directly to the doors of vulnerable people who have been notified to shield by their GPs, who cannot afford food and do not have access to local support networks.

However, while the scheme is proving very successful with 23,000 food packages distributed by the Council to date, not everyone is receiving the food packages.

And the Council has admitted the Department has reached its limit for deliveries which means that many vulnerable people in the area who are shielding in their homes will not receive food parcels.