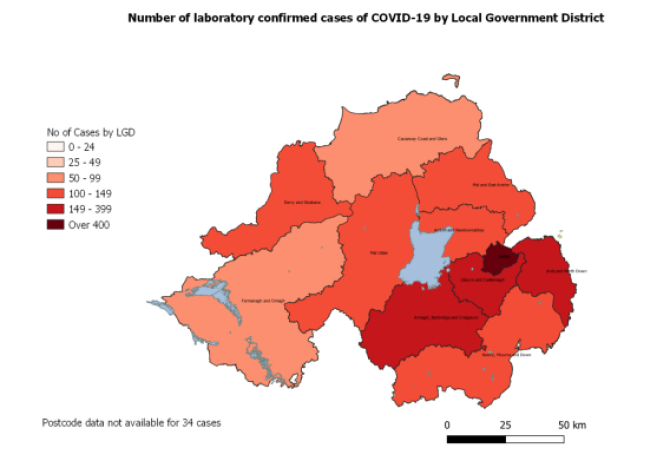 THE number of confirmed Covid-19 cases in the Mid-Ulster Council area has increased by almost 50% since Friday, according to latest figures.

A total of 33 new cases have been confirmed in the area since Friday, the last day when case numbers by council area were disclosed by health officials.

There has now been 106 confirmed coronavirus cases in the district, up from 73 last Friday.

Indeed, since last Thursday, the number of confirmed cases has doubled, when the number sat at 53.

Across Northern Ireland there was 121 new cases confirmed today.

Sadly, there has been a further six deaths recorded in Northern Ireland in the past 24 hours.

Mid-Ulster continues to have the third lowest number of cases of the 11 Council areas in the country, with just Fermanagh and Omagh (61) and Causeway Coast and Glens (98) reporting lower figures.

Belfast continues to have significantly more cases, at 649, while Lisburn and Castlereagh is in second with 221. Armagh, Banbridge and Craigavon, which borders on to Mid-Ulster, is narrowly in third with just one less case, on 220.