When Dungannon was fashion capital of the world! 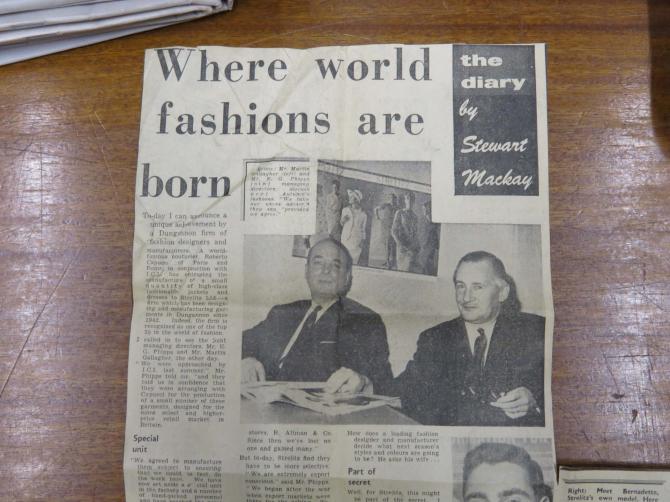 DUNGANNON is many things, but it has never been known as a fashion capital... or has it?

Believe it or not, the town was home to the fashion firm of Strelitz Ltd which exported garments from its base in Moygashel (now Menary’s) to New York, Paris and throughout the world at the height of the fashion period of the 1960s.

The firm even made it on to the pages of the Daily Mail and Belfast Telegraph in the mid 1960s when journalists Stewart Mackay and Vincent Mulchrone wrote about the Tyrone firm which was conquering the fashion world with orders going to Fifth Avenue and Rockefeller Plaza!

Local man Mr Brian Gallagher, a son of Strelitz Managing Director Martin Gallagher, called into the Courier office recently with cuttings from both papers, highlighting Strelitz and its innovative styles.

See full story and photos in this week's Tyrone Courier