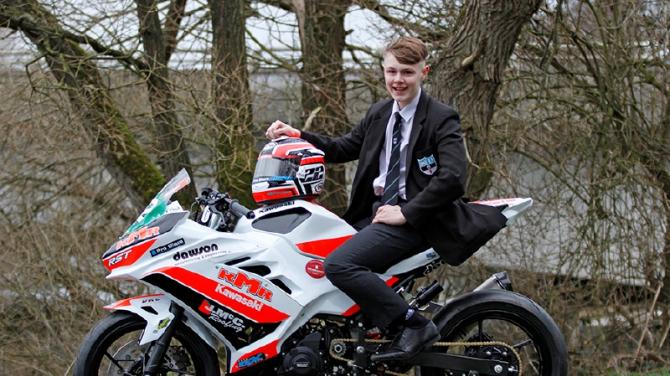 FOURTEEN-year-old Killyman schoolboy Cameron Dawson sets off to Cartagena in Spain next week for testing in preparation for his forthcoming onslaught on the Dickies Junior Supersport British Championship.

Drumglass High School pupil Cameron will get the chance to get some miles under his belt on his new 400 Kawasaki machine before the race season starts.

For Dawson, this will be his second season competing on the mainland, where last year he rode in the Thundersport series, which gave him the chance to learn some of the circuits that he will race on this year.

In his rookie year in Britain, Cameron took second place in the Superteen Championship, which saw him take wins and lap records at the final race meeting at Snetterton.