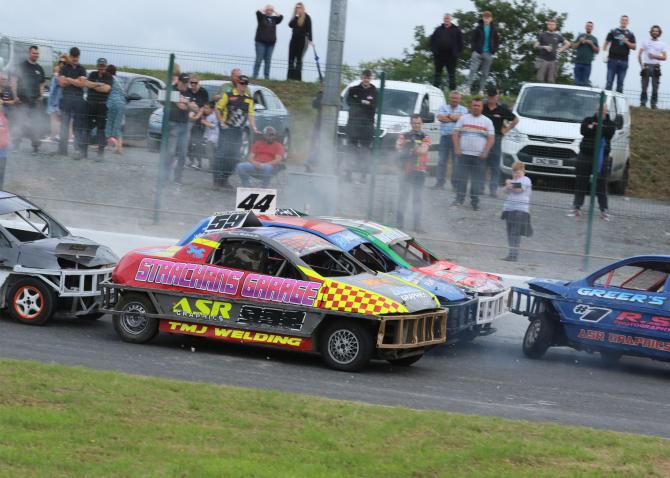 The all action 1300 Stock Cars will contest their National Championship at Tullyroan Oval on Saturday night (August 6th). The formula has been in spectacular form of late with the big bumpers put to good use in hard fought, old-fashioned stock car style!

Defending National Champion is Rathfriland’s Ivan Elliott and he will be keen to keep the title on Ulster soil. Ivan also came close to winning the British Championship back in June in Scotland, only to be beaten by England’s Jacob Roff by a matter of inches on the line. Roff is also the Best in Britain Champion too, and he will be making the trip across from his Midlands base.

For the full story, check out this wee's Tyrone Courier or our epaper.