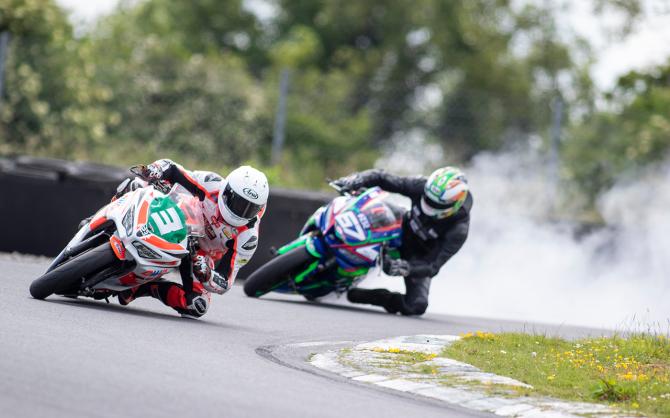 With an extra race, due to the cancellation of their last race at the previous meeting, Adam would get to have four races.

On Saturday, Brown was under pressure from Jack Whearty, but at half distance, the Dungannon rider had edged his way to the front.

Whearty in pursuit then suffered a major engine blow and was out, this left Brown to take a well-deserved win from Rossi Dobson.

Read the full story in this week's Tyrone Courier, or check out our epaper.