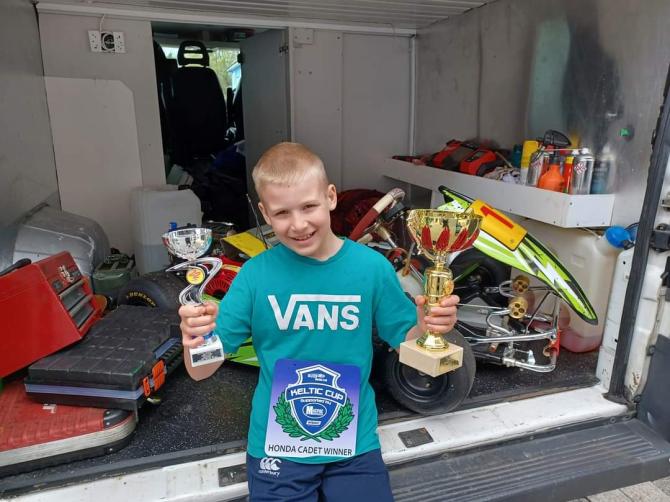 AT nine years of age Charlie Condy, from Ballygawley, has excelled in Karting this year and has just gone and won the Keltic Cup.

The competition was run for the first time this year between two Circuits, one in Scotland and one in Northern Ireland.

Charlie attended both events and finished second in Scotland and third in Northern Ireland which put him top of the points.

For the full story, see this week's Tyrone Courier or our e-paper.