Team Mullen on a charge! 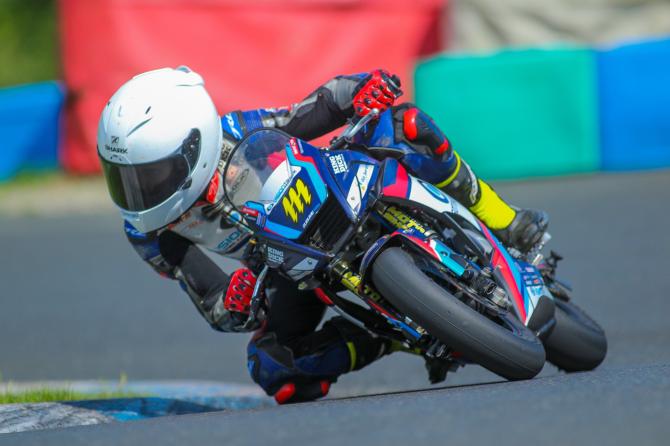 NEWMILLS brother and sister, Lewis and Paige Mullen were the stars of the sun-scorched second round of the IMC 2022 series where at the White River Park circuit they started in nine races and took nine podium finishes!

Not to be outdone by her brother in front of a massive crowd, Paige was also in magnificent form, taking three podium finishes in the Bambam class, making a great day for the local brother and sister team.

Jack Burrows struggled with gearing at this new circuit, but despite this, never gave up, and in the last race produced his fastest lap of the day when he slipped into second place with just two corners to go. Jack claimed three podium finishes in this highly competitive class.

Ryan Coyle took his Kayo to seventh place in each of his races.

Back to the BamBam class and there was a delight for Cookstown Primary School pupil Boyd Knipe, as he produced his best race to take third in the opening race, before going on to take fourth in his other two outings. However, he managed to take third overall, an excellent performance by the newcomer.

Full story in this week's Tyrone Courier, or check out our epaper: