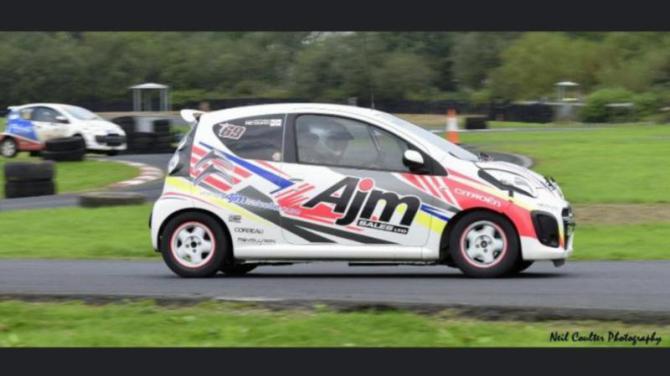 A Dungannon teenager who has made a name for himself on two wheels, is now doing the same on four wheels!

Matthew “Missile” McCord had been a contender in the IMC Pitbike series and was a regular in the Courier columns, however a knee injury sustained during testing meant he has had to take time out from the sport to recover.

During time out, the 14-year-old, as his father Alan puts it, “had a go” on four wheels and has been doing a few rounds of the Rally Sport Association series in a Citroen C1.

Not surprising, the teenager took to the sport with ease and after finding his feet, has adapted very well to four-wheel racing, winning no less than five races recently.

His latest win came on Sunday and it was Matthew's third in a row at the Nutts Corner track.

His motor enthusiast father Alan, of AJM Sales Ltd, Newmills Rd, Dungannon, says he was pleasantly, but not totally surprised, at his son's success and says he seems to be a natural on the race track, whether on two wheels or four.