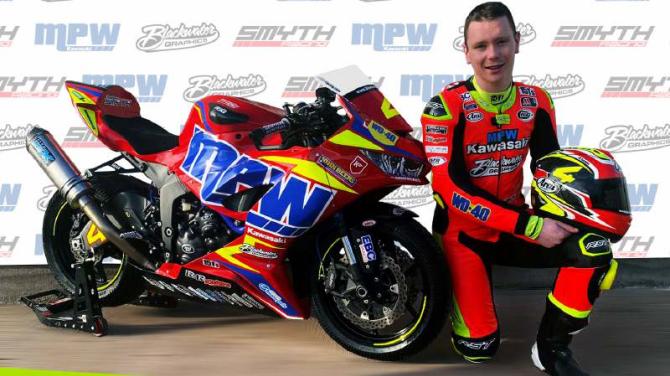 Aughnacloy teenager Andrew Smyth, who is set to make his debut in National Superstock 600. SC210338

This will be Dawson's third season in this class - and his main aim is to win the championship!

With three years' experience under his belt, Dawson is the odds-on favourite for the title

“I just can't wait for the season to start,” quipped the Dungannon student.

Moving up from this class will be Aughnacloy teenager Andrew Smyth, who is set to make his debut in National Superstock 600.

After competing in Junior Supersport for the past two seasons, Smyth’s most successful season to date was last year when he secured some great top 10 finishes and a podium at Oulton Park.

The 17-year-old apprentice engineer is buzzing with excitement and enthusiasm to get the season started at a later date of May this year.

“After having two seasons on the Kawasaki Ninja 400 I feel I am ready to progress into a higher class,” said Smyth.

“I look forward to the challenges I will face, as I will be learning a lot this year.

“Already there have been a few challenges, the change in my fitness regime being the most difficult, especially with lockdown restrictions! I have had to change my routine, incorporating exercises to build muscle as the 600 is a completely different bike to handle, something I've already learned after a bit of track time.”

Smyth, however, isn’t alone and makes the move up to Superstock 600 with the help of good friend and mentor, Keith Farmer, whose help has been phenomenal, as well as dad Kenny putting in a lot of time and effort in behind the scenes.

Farmer, on the other hand, looked set to compete in the 1000 Superstock championship for top team Morello Racing, but last week they dropped a bombshell when they told Farmer they had to pull out! Just what does the four times British champion have to do to secure a top seat in the British Championships?