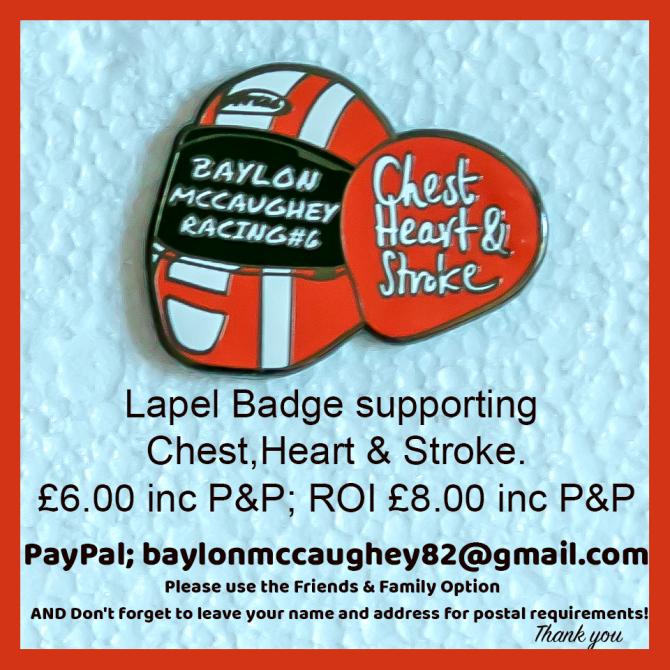 A well-known Cookstown motorcyclist is on track to give something back to Northern Ireland Chest Heart and Stroke after being a recipient of much-needed treatment by the charity.
Baylon McCaughey, 61, of Lissan Road, is a former competitor on off-road and tarmac events for more than 35 years.
A popular person on the Irish road racing scene on both sides of the border, Baylon is selling badges based on his old crash helmet design and a percentage of the sales will go to the NI Chest, Heart and Stroke charity.
In 2018, Baylon felt a shortage of breath and was sent to Belfast’s Royal Victoria Hospital by his doctor, where he subsequently received seven heart stents over the space of two years.