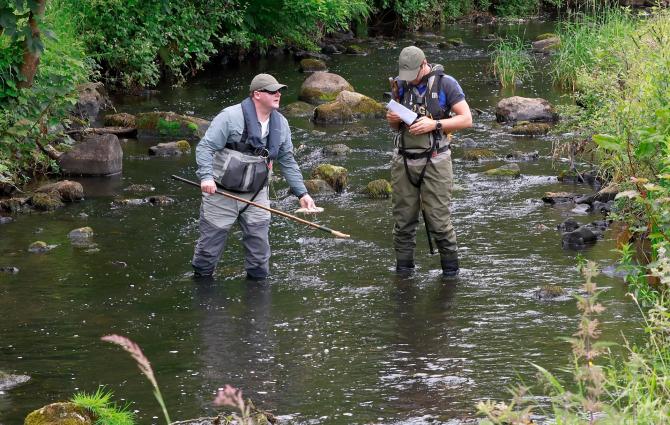 Officials from DAERA investigating the fish kill in the River Torrent at Newmills.dd222604

A MAJOR fish kill has occurred in the Torrent River.

The incident, which has caused thousands of fish in the river to be killed and is likely to have a detrimental knock on effect on the wildlife in the area, has been caused by a slurry spill, which is believed to stretch along 7km of the river, beginning in Newmills.

There has been widespread condemnation with the spill described as 'a real environmental disaster'.