Moy War Memorial suffers SIXTH attack in as many weeks 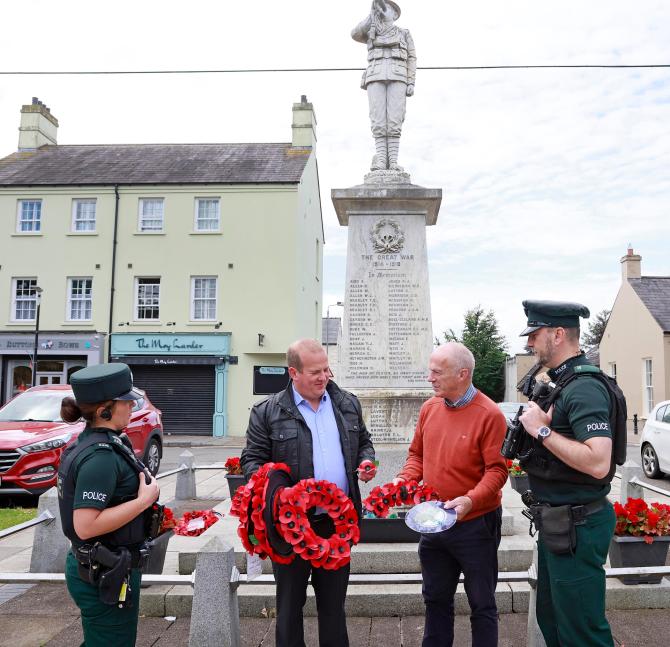 Wreaths have been destroyed and scattered as the War Memorial in Moy has been attacked for the SIXTH time in as many weeks.

Speaking on the attack, Cllr Clement Cuthbertson said: "Once again the Moy War Memorial has been attacked on Sunday night. Wreaths were smashed and scattered the length of the Square in the village. It's imperative that the courts come down heavy on those involved in these hate motivated attacks to send out a clear message, that this will not be tolerated."

This latest attack on the Memorial happened on Sunday.

Full story in this week's Tyrone Courier or check out our e-paper.