Man is arrested over murder of pensioner in Cookstown 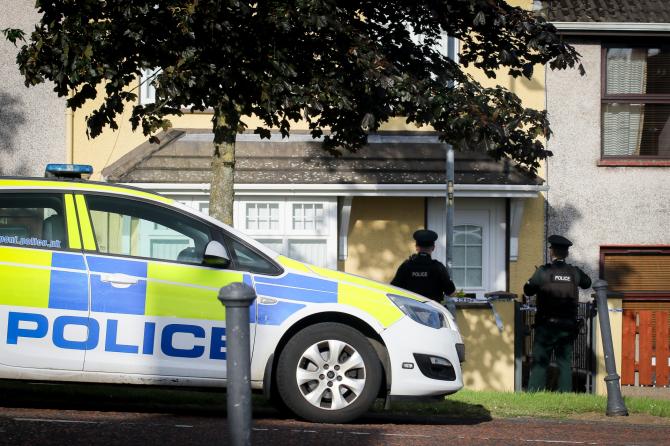 Police at the scene of the murder in Cookstown.

POLICE in Cookstown have arrested a man on suspicion of murder after a pensioner's body was found in a house at the weekend. He is to be charged today in Omagh.

The 77-year-old woman was discovered at a home in Ratheen Avenue, Cookstown, on Sunday.

Detective Inspector Claire McGarvey said: "Police were called to the property shortly before 11am where the body of the 77-year-old woman was discovered inside.

"A 45-year-old man located at the property has been arrested on suspicion of murder.”

Full story in this week's Mid-Ulster Courier or check out our e-paper.